Pauley delivers State of the City address at council meeting 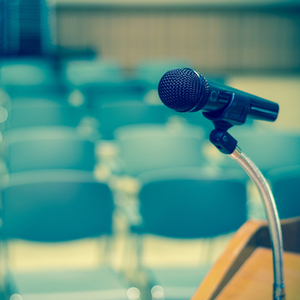 The mayor described a city with a balanced budget and a strong bond rating that will fulfill its pension obligations and avoid a property tax increase for the fifth straight year.

The city's economic standing was supported by a number of new housing developments throughout the city, as well as downtown improvements such as the removal of parking meters. Pauley also highlighted the opening of more than two dozen new businesses.

Getting around the city was also made smoother by 56 blocks' worth of patched potholes and 13,700 square feet of sidewalk repairs in 48 locations.

Construction will continue in 2016 along Sixth Avenue, as the city works to finish its sewer-relief plan project by 2017. Pauley said the project, which stretches 20 blocks, is the largest ever carried out in the city.

The city also will move toward designing a new water facility to replace the current 100-year-old plant.

The library continued to work through its strategic plan, with 6,000 more people participating in story-time programming and a boost in overall circulation. Pauley mentioned the success of the library's mini-library initiative, which placed miniature libraries at six locations throughout the city. Moving forward, library officials expect to conduct a feasibility study to see whether enough funds can be raised to consolidate the library into one building.

Pauley closed his speech by reiterating his support for the Rock Island Arsenal and an overall attitude of regional cooperation.

Want to get notified whenever we write about City of Rock Island ?

Sign-up Next time we write about City of Rock Island, we'll email you a link to the story. You may edit your settings or unsubscribe at any time.