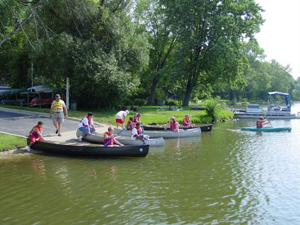 Here is the meeting's agenda, as provided by the city:

Chairman York called the meeting to order at 4:00pm and noted a quorum was present. The purpose of the meeting was discussion on a policy for outdoor music events.

Alderwoman Unsicker distributed Chapter 44: Outdoor Special Event Permits for committee consideration. Chairman York said most of what is noted in the ordinance proposed is already happening. Committee had a few recommendations; drop the reference to DB (tough to measure), the 10pm and 11pm Is acceptable, chief suggested 5-11pm, events to be approved by Chief first, Alderwoman Unsicker suggested only allow for a specific number of events per year? Approval of the events is a key component. There was much discussion about what number would be an allowable or acceptable; setting a precedent. Chief and Mayor have the call to not allow the event. The Mayor clarified that the process the request will go before this committee for consideration 30 days before the event takes place. Alderwoman Hall summarized the suggested changes to the proposed ordinance and Jim said he would make those changes for committee review for the next meeting.

There were no other agenda items and the meeting was adjourned at 4:50pm.

Want to get notified whenever we write about City of Silvis Park, Building, and Grounds Committee ?

Sign-up Next time we write about City of Silvis Park, Building, and Grounds Committee, we'll email you a link to the story. You may edit your settings or unsubscribe at any time.