Thik Bol is making an impact at Southern Illinois 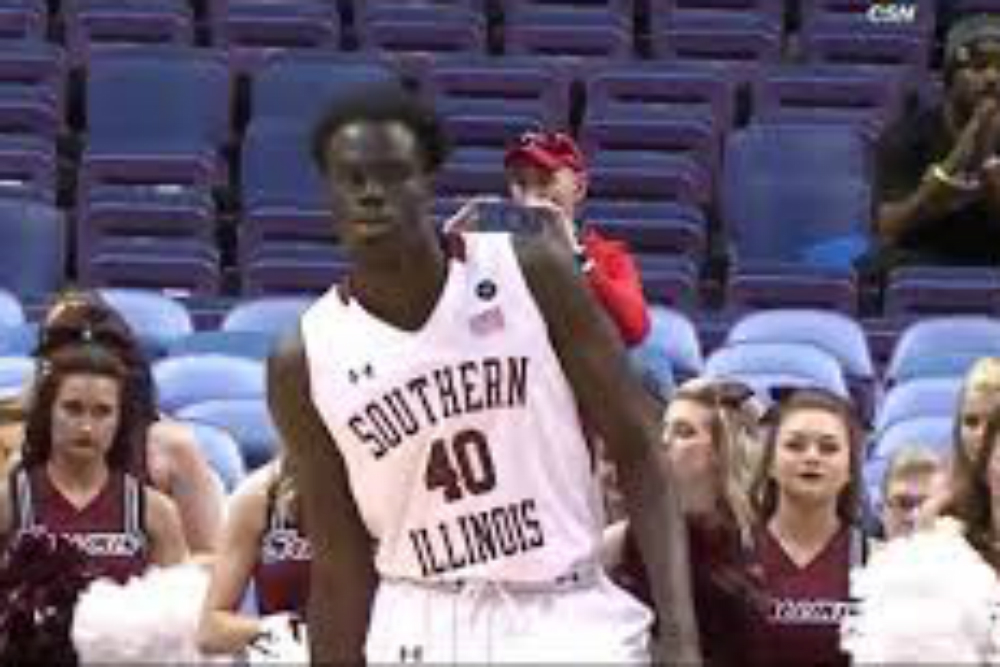 Thik Bol is back and quickly making an impact for the Southern Illinois men's basketball team.

After missing last season with a knee injury, the senior has Salukis coach Barry Hinson singing his praises early in the preseason.

"The best thing Thik did, you didn't get to see," Hinson recently marveled on the school’s website after Bol combined with fellow big man Kavion Pippen to net 20 points in 20 minutes in a 76-49 rout of East Central University Oklahoma, in an exhibition game that marked his first game-action in 18 months.

"It was in the huddle, with six minutes left, and he's telling our guys, 'The game isn't over,’” Hinson added. “I thought that was impressive. Here's a young man who we've already put on ice, and he's talking to our team. That's what seniors do."

Finished the night with 10 points, four rebounds and three blocks. The 6-foot-8, 225 pound senior averaged 9.1, 6.8 rebounds and 2.3 blocks in his last full season for the Salukis.

SIU opens the regular season on the road against No. 2-ranked Kentucky on Nov. 9, marking just the seventh time in school history the Salukis have faced a team ranked No. 1 or No. 2 in the country.

Meanwhile, a CollegeInsider.com preseason poll has the Salukis opening the season ranked No.10 among mid-major programs.

Want to get notified whenever we write about Southern Illinois University Athletics ?

Sign-up Next time we write about Southern Illinois University Athletics, we'll email you a link to the story. You may edit your settings or unsubscribe at any time.