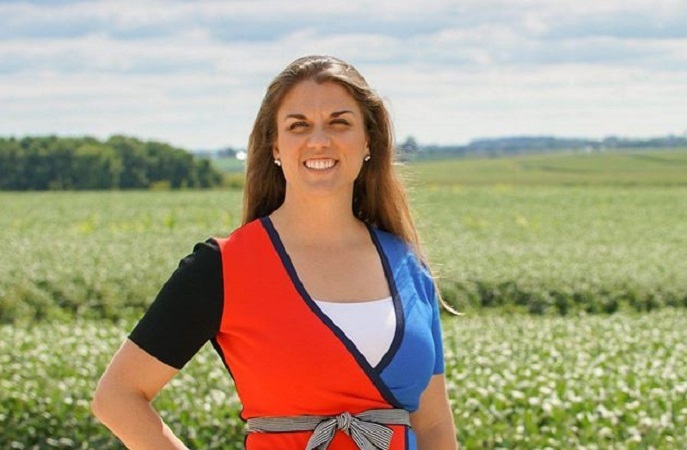 She will now face Democratic incumbent Cheri Bustos in November.

King, a businesswoman and captain in the U.S. Army Reserve, received approximately 65 percent of the vote in defeating opponent Bill Fawell, Ballotpedia.com cites.

"Thank you for your support and prayers along the way - WE DID IT!" King said in a Facebook post on Wednesday evening.

If elected to congress, King articulated on her campaign website the work she will do to address issues in agriculture, health care, immigration and firearms.

"As our Congresswoman, I’ll be an outspoken advocate to protect our soybeans, corn, cattle and pork from being penalized in international trade wars," King said on her campaign website.

"I’ll lead for laws to encourage employers to offer health insurance plans with more flexibility for the consumer, and I’ll work for innovative solutions to help self-employed workers – including farmers – because as our “gig-economy” grows, health care access should not hold back bold business ideas that grow small- to mid-sized business and strengthen our communities," King said on her campaign website.

King also communicated to voters on her website what she will do in Congress about immigration.

"I’ll work to repair this broken system by enacting new immigration laws that protect us and provide a legal pathway to citizenship for those willing to comply with our laws," King said.

Regarding firearms, King advocates a holistic approach to protect citizens from violence, while also guaranteeing the right to bear arms for responsible gun owners.

"We need to fully fund law enforcement so they have the tools they need to enforce the laws already on the books and to stop violence before it starts," King said.

Want to get notified whenever we write about Illinois Army Reserve ?

Sign-up Next time we write about Illinois Army Reserve, we'll email you a link to the story. You may edit your settings or unsubscribe at any time.