OUR VIEW: Free speech for all -- not just WQAD 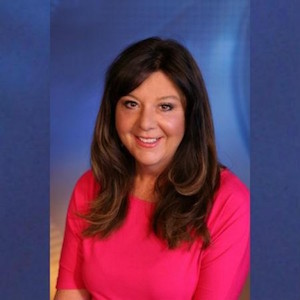 WQAD-TV Channel 8’s Chris Minor boasts she is “an award-winning journalist who does her best to tell it like it is.”

And good for her -- for doing her best.

But to be sure, Minor’s Feb. 11 report on Rock Island Today (“New local 'paper' really a campaign mailer funded by Rauner PAC”) told it like it isn’t. It was sloppy work built on false, preconceived notions not just about her own job, but about journalism and free speech more broadly.

Minor’s story tried to dismiss the news in Rock Island Today as less interesting and useful than, say, WQAD’s hard-hitting work (“Windy but warm weekend ahead!”). If she had any self-awareness, she’d see that arrogance like hers is what has caused traditional media’s downfall.

What do we mean?

Rock Island Today is a newspaper. But Rock Island Today isn’t -- like WQAD and most other newspapers -- openly dishonest about the fact that its publishers, writers and editors have political positions and beliefs. They’re on page 3 in plain view for all to see, in every edition.

Does Chris Minor support Gov. Rauner and reformers, or Michael Madigan and the Chicago Machine? We’ll never know, because she’ll let on that she holds no political position at all; that she manages to keep her mind in a suspended state of objectivity, a trick apparently unique to modern-day journalists.

Of course, this is as ridiculous as it is disingenuous. No conscious American citizen -- much less one in the news business -- has no political positions. So isn’t it better that we’re upfront and open about it?

We started Rock Island Today because, we believe the WQADs of the world aren’t doing their jobs. For decades, they have ignored critical local issues -- like Rock Island’s $243 million in municipal debt. They have failed to challenge status quo Quad Cities politicians, like the embarrassing Denny and Mike Jacobs show, which is horse trading with utility companies when it isn’t pining to quietly put us all more into hock.

Now Illinois sits facing the abyss, with proposed income tax (7 to 8 percent) and property tax (400 percent) hikes that surpass our worst nightmares, devaluing our Illinois assets and driving most of us across the border into Iowa.

This happened because status quo reporters like Chris Minor were derelict in their duties, more worried about winning self-aggrandizing journalism awards and being pseudo-celebrities about town than sounding the alarm, as is their stated responsibility.

Alas, we realized that, in this critical election year for Illinois, we couldn’t trust reporters like Chris Minor to do the job that must be done. So we’re trying to do it ourselves. Whether we succeed, you all will be the judge.

Want to get notified whenever we write about WQAD News 8 ?

Sign-up Next time we write about WQAD News 8, we'll email you a link to the story. You may edit your settings or unsubscribe at any time.