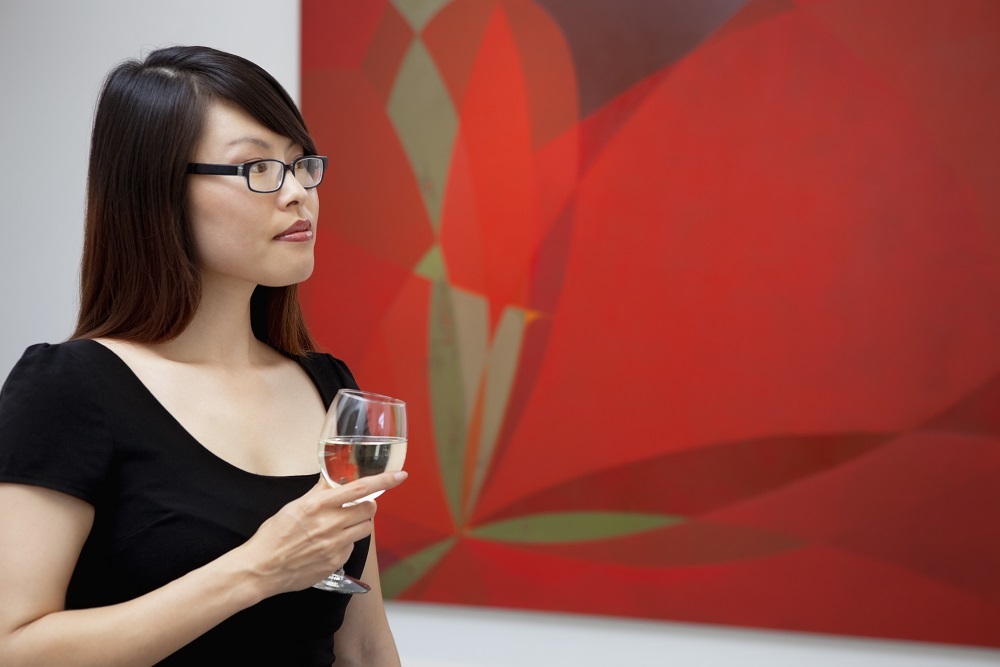 Laughter and the pitter-patter of tiny feet would soon fill the Family Museum in Bettendorf.

woman leans on a water play table with floating boats in front of herDuring the last quiet moments before the doors opened, Black Hawk College graduate Sara Hodgini noted those sounds are perks of her position as the museum’s business and community relations manager.

“There is nothing better than hearing kids laughing and playing all day long,” she said.

Kids explore the quaint little town of Fox Hollow, pilot boats on the 28-foot water play table based on a stretch of the Mississippi, and create in the Thinkshop.

As Hodgini works on projects upstairs in her office, those happy noises drift over the balcony to reach her there. Hodgini’s primary duties are raising funds for the Family Museum’s programs and projects and managing business operations.

Hodgini decided to attend Black Hawk College after graduating from Moline High School because she did not know what career path to follow. Several four-year colleges accepted her, but she couldn’t make a decision.

“I took that as a sign and enrolled at Black Hawk. I am so glad I did,” she said. “Black Hawk College is fantastic. The caliber of professors, classes and resources available is second to none.”

Before spending four-year college prices on her education, Hodgini wanted to make sure she knew what she wanted to study.

“In hindsight, had I left the area and gone away to a four-year school I probably wouldn’t have done as well because Black Hawk was a great transition,” she said.

Hodgini didn’t have to study hard to do well in high school, but when she attended Black Hawk College, she had to learn study skills that worked for her.

“I was able to do that at Black Hawk in an atmosphere where the instructors were very supportive and their doors were open,” she said. “I think that was critical for my education.”

Hodgini graduated from Black Hawk College in 1995 with her Associate in Arts. She transferred to St. Ambrose University where she double majored in communications/journalism and political science.

“One of the reasons I went to St. Ambrose was the ease of transferring my credits,” Hodgini said. “It was absolutely seamless.”

Her writing and political science classes at Black Hawk College inspired her to double major. With all of her general education classes taken care of, she was able to focus on the SAU classes that most interested her.

“When you get to that point and know the direction you’re going and you’re taking classes that interest you and engage you, it doesn’t seem like so much work,” she said.

She graduated from St. Ambrose in 1997 and later earned a master’s degree in organizational leadership from Ashford University.

CAREER PATH TO THE MUSEUM

Hodgini first entered the nonprofit field in 1999, working for a faith-based organization. She then worked for Genesis Health Services Foundation before she started at the Family Museum in 2018.

“I believe that people are blessed when they have the opportunity to invest in or give back to an organization that has impacted their lives,” she said. “It’s such a privilege to work with those in our community to make a difference through their philanthropy.”

Woman leans against safety goggles rack next to work stations. ThinkShop is spelled out with tools and construction materials on the wall above the work stations.When she saw the Family Museum job opportunity, it appealed to her because of the great memories her family made there when her daughter was younger. Now, she helps make it possible for other families to make memories at the museum.

In spring 2020, there will be a new way to play at the Family Museum when a two-story Luckey Climber climbing sculpture is completed. The $500,000 project will let kids climb platforms from the lobby up to the balcony, improving their gross motor skills through play.

“Everything that we do here — the kids don’t realize it, but parents might — it’s all learning-based,” Hodgini said. “They’re developing their brains and they’re learning skills, but to them it is just play.”

Want to get notified whenever we write about Black Hawk College ?

Sign-up Next time we write about Black Hawk College, we'll email you a link to the story. You may edit your settings or unsubscribe at any time.